February 11, 2021 Posted in Games, Slots by Lukas Mollberg • No Comments 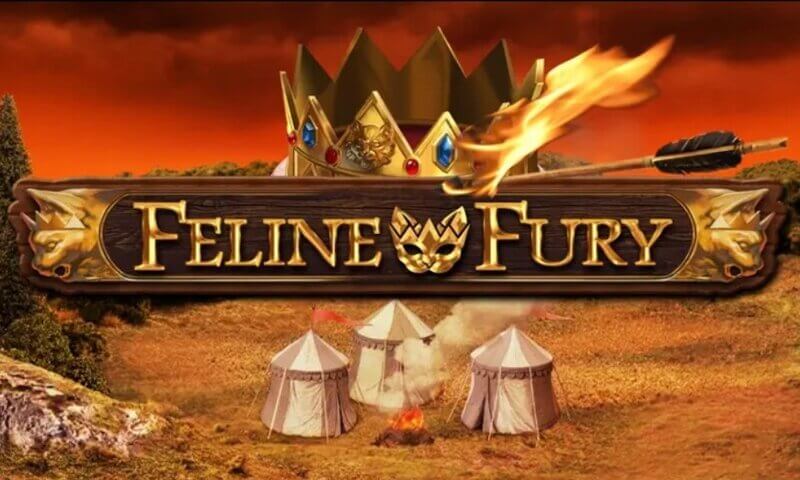 It all rounds up quite nicely with the cat warriors theme with unique charm. Players will be rushing to their favorite online casinos to try the game and make a few spins on it.

Besides the graphics and the interesting theme, there’s much more to the Feline Fury slot than meets the eye. In spite of that, join us and so we can together uncover all the benefits of the game.

About the Feline Fury slot

The first look at the game will tell players that the Feline Fury slot is unlike any other game they’ve seen before. Play’n GO managed to surprise the entire iGaming market with this title once more. The game is focused on medieval cat warriors that come in 4 colors – yellow, blue, green, and red.

The cat warriors are the highest-paying symbols in the game right after the crown wild of greatest value. However, these symbols are also involved in special features of the game, but we’ll get to that.

First, let’s discuss the remaining low-paying symbols in the Feline Fury slot. Namely, the game comes with card suit symbols of matching colors to those of the premium cat warriors.

This isn’t a mere coincidence since both types of symbols have a role in special features.

Feline Fury slot can pay up quite nicely since there’s the additional multiplier active in the bonus round.

During the base game of the Feline Fury slot, players will spot the first special feature. Namely, all the cat symbols have a wild form which helps them act as wild symbols.

Whenever players get the additional wilds, more winning combinations are likely to happen. Moreover, the fury reels are the second game feature that raises the potential even further. If a fury reels feature is active, players will be awarded a special fury reel on the grid.

If a wild lands on that reel, the whole reel expands in wild symbols to become the wild reel. Just imagine the potential of the game with so many wilds!

Either way, that’s still not all that Feline Fury slot has on the offer. Players can enjoy the superb free spins feature that includes both in-game features of Feline Fury.

The free spins bonus game comes with the greatest potential in the game. It’s triggered by 3 golden scatter symbols. In the bonus game, every additional scatter that lands awards +1 free game.

The card suite symbols play a significant role as the meter counts the landed symbols of matching colors. Once a specific color fills up on the meter, the corresponding cat symbol becomes wild. The cat symbol matching in color to the low-paying one will remain wild until the bonus ends.

Ultimately, players can get a unique experience by trying the Feline Fury slot as one of the best games of Play’n GO.